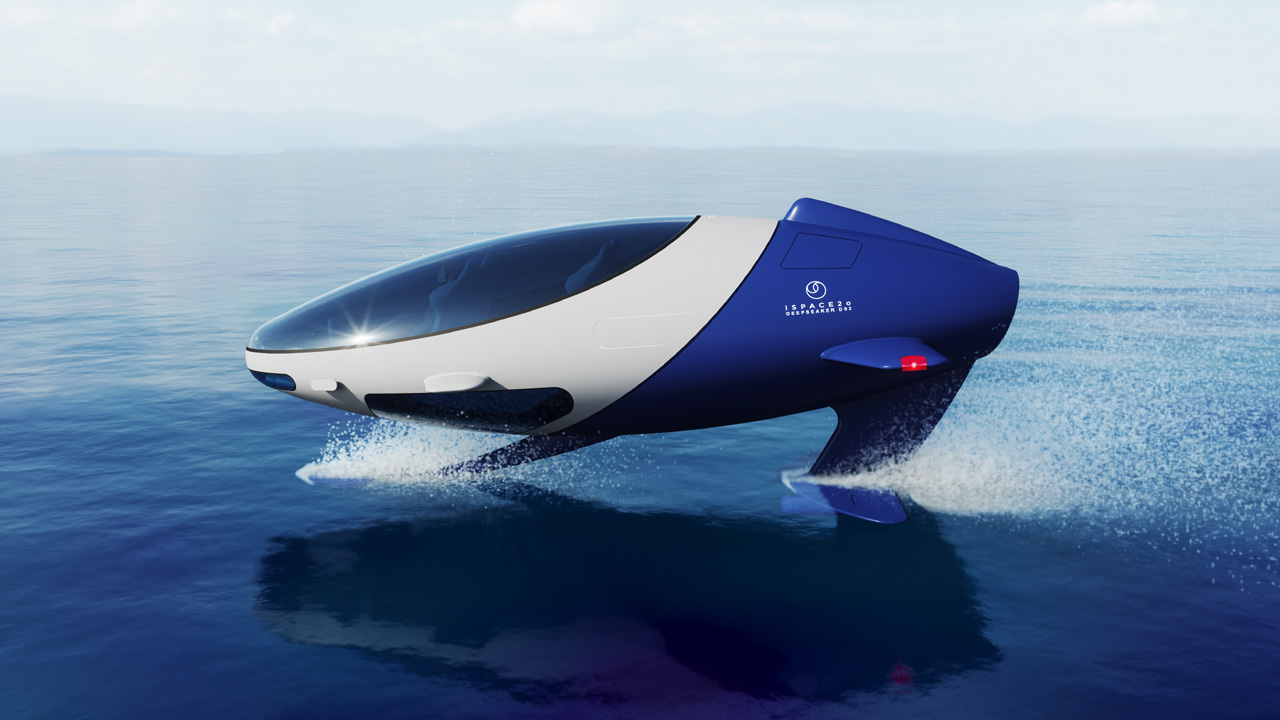 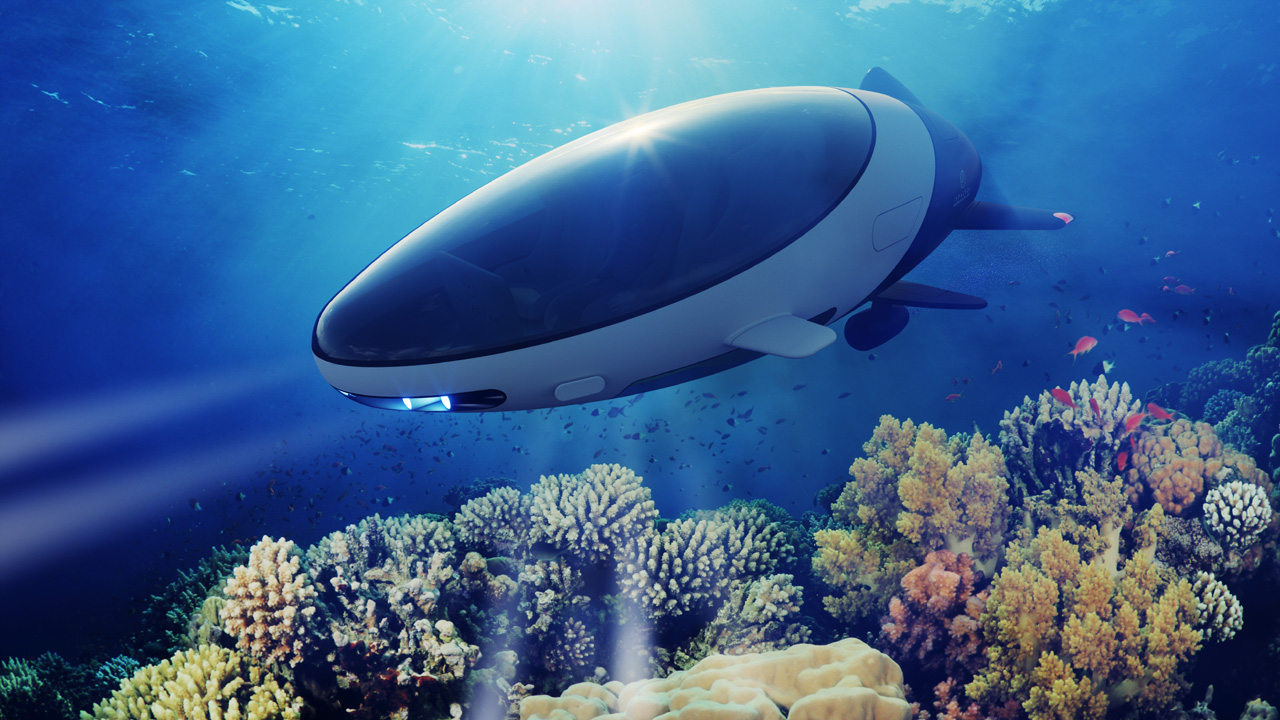 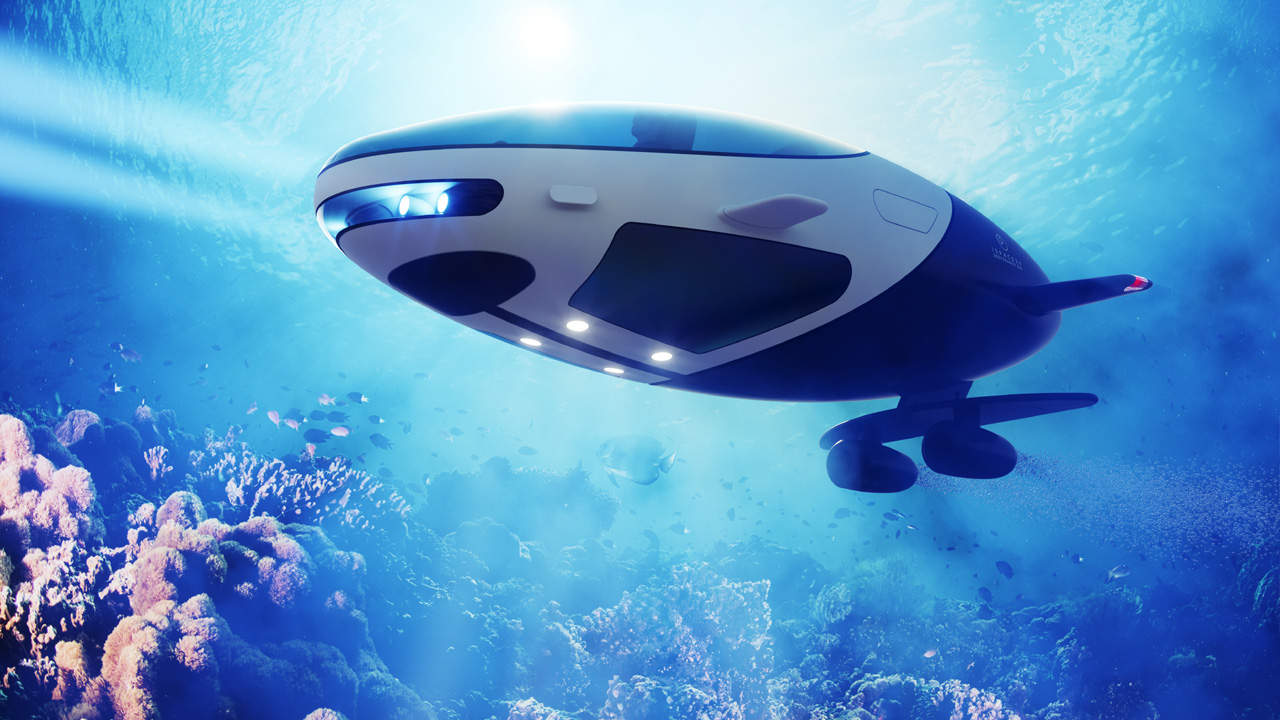 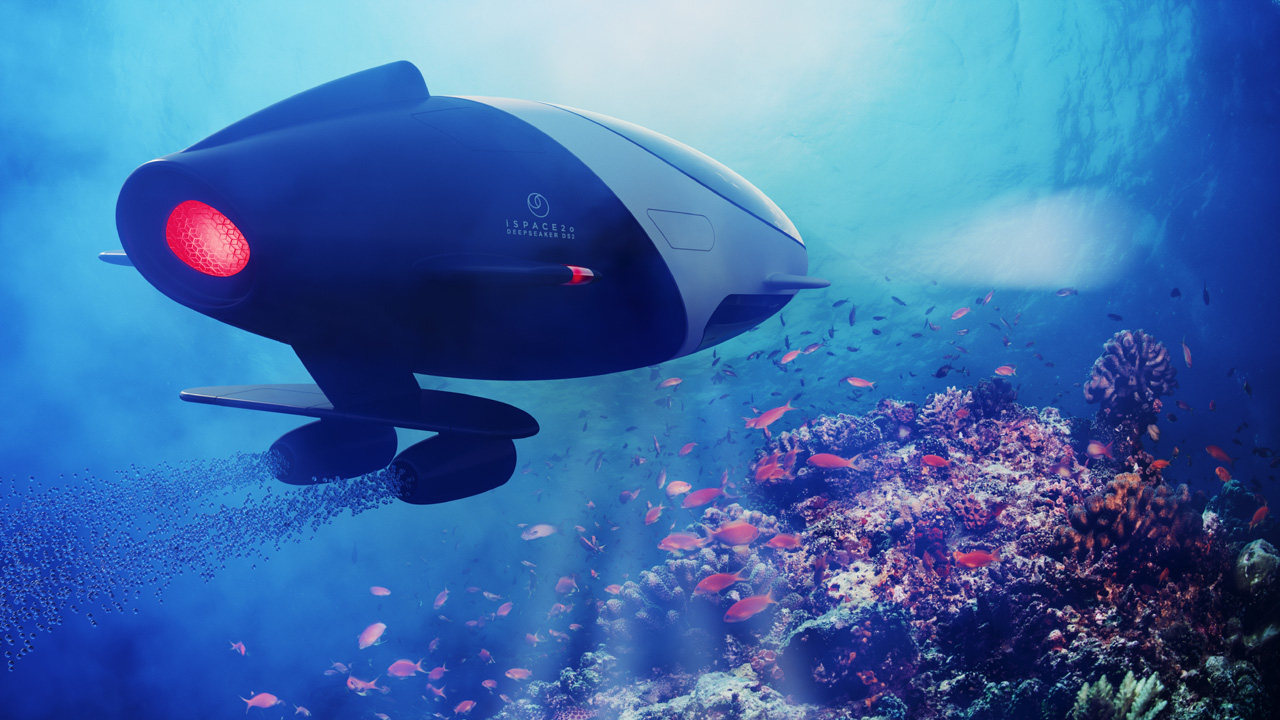 Above and Below the Waves with the Hydrogen DeepSeaker DS2 – Navigate fast on the water like on a hydrofoil and then dive to explore the seabed up to 50 meters deep as in an ecological submarine with a futuristic design. It seems an impossible dream but it will soon become reality, its name DeepSeaker DS2 by iSpace2o. The iSpace2o company is already prototyping its experimental model of submersible hydrofoil DeepSeaker DS1. The new DS2 version with an innovative design by the famous Italian architect Giancarlo Zema (Giancarlo Zema Design Group) is a more advanced and performing model, based on the engineering progress made previously. An incredible vehicle with soft and tapered shapes, with a comfortable and luxurious interior that promises to give strong emotions at sea. The passenger compartment can accommodate up to 4 people in a 2+2 automotive-style configuration. Sealence’s two powerful DeepSpeed electric motors will propel the DeepSeaker DS2 across the water at speeds in excess of 35 knots thanks to retractable foils that can be deployed on the surface and retracted underwater. The DeepSeaker can also navigate the reinforced hull and perform rolls and jumps just like a plane. Under water, the large canopy and large floor windows allow for greater visibility comparable to a helicopter, while maintaining the same maneuverability as an airplane (underwater flight). The maximum depth will be limited to 50 meters or 6 bars of pressure to allow the use of aerospace light thermoplastics, carbon fiber and light aircraft alloys in the structure. This is the spectrum that sunlight is still able to penetrate and the pressures are not structurally dangerous. The DS2 is positively buoyant, therefore unsinkable and full of safety features such as complete redundancy of vital parametric indicators, sensors and electronics, seats equipped with inflatable vests, spare air cylinder, diving mask, perimeter airbag for rapid emergence in case of danger, buoy with emergency signal and automatic recovery and an SOS position marker with GPS. The DS2 is also packed with fantastic innovations. Development partnerships with innovative companies such as LAF (Like A Fish) for the artificial gill system, the hydrogen range extender with MIEEG, a new air purification minisystem from Submarine Atmosphere Control Equipment (SACE) in addition to the aforementioned DeepSpeed engines of Sealence makes the DS2 comparable to an underwater spaceship. The DeepSeaker DS2 will begin experimental tests at the end of this year. A fine-tuning period will be required before certification by DNV-GL is completed iSpace2o expects to arrive on the market by 2024. A new way of experiencing the sea awaits us..!