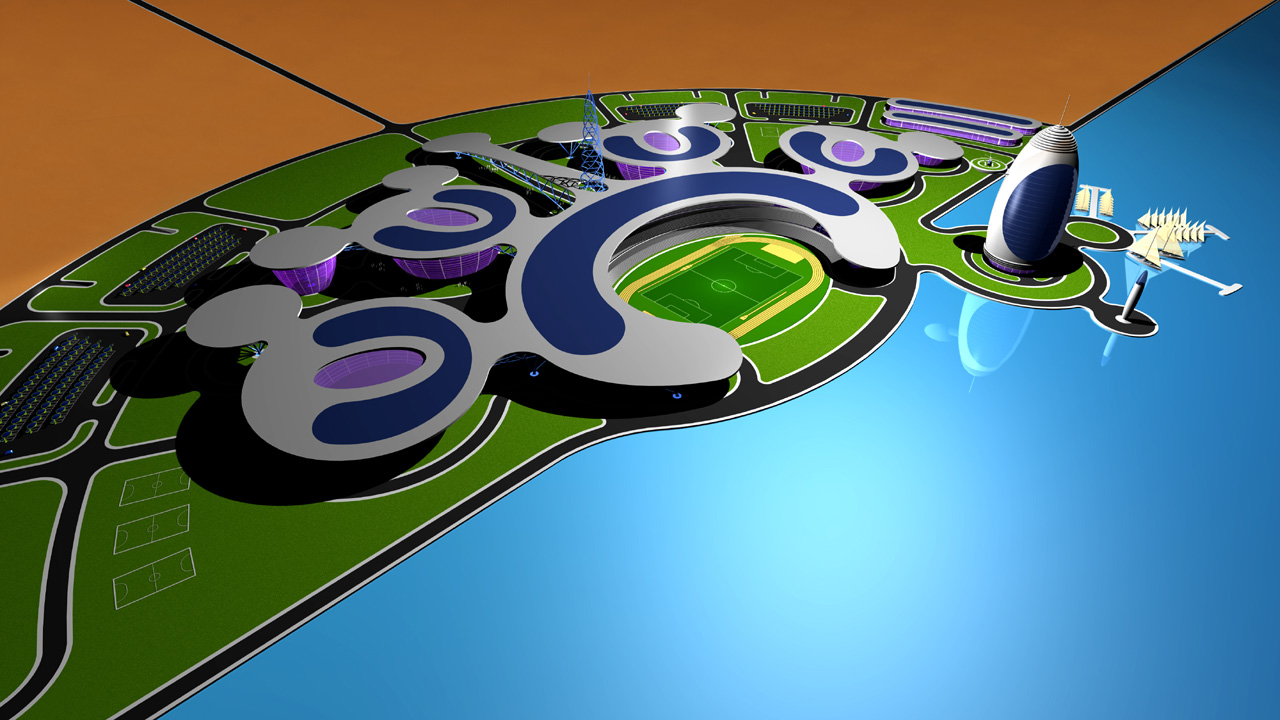 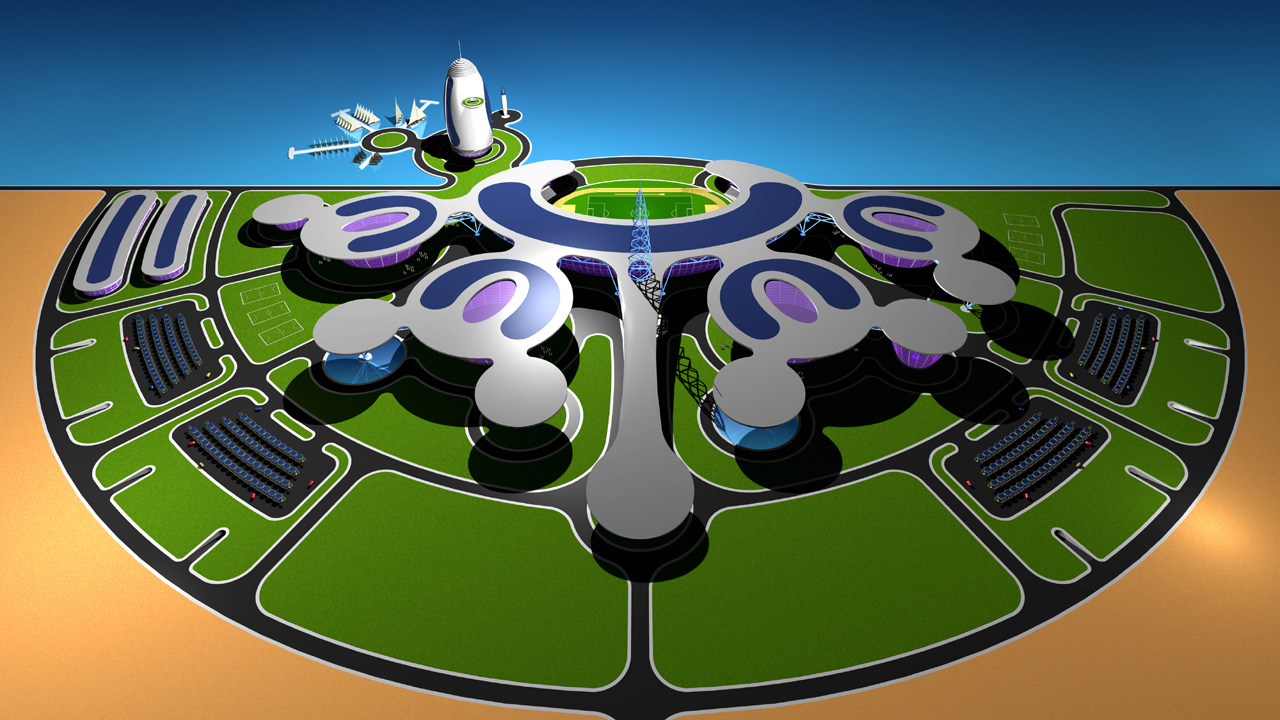 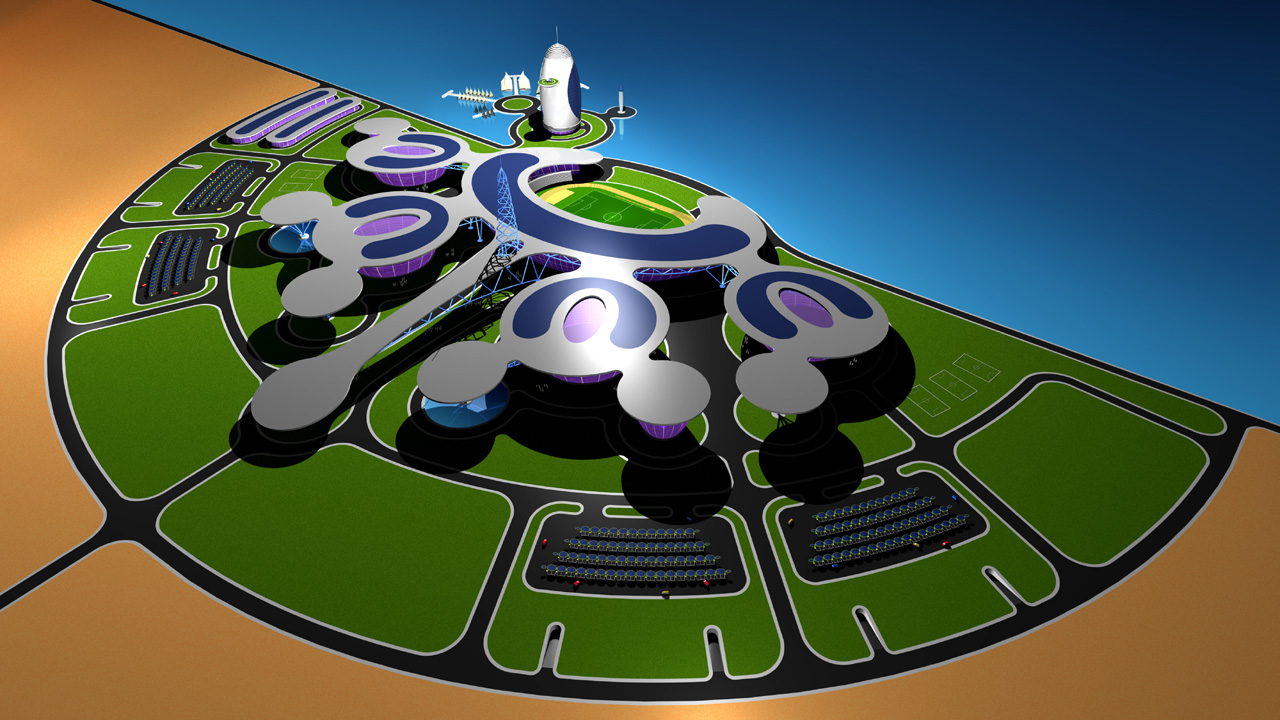 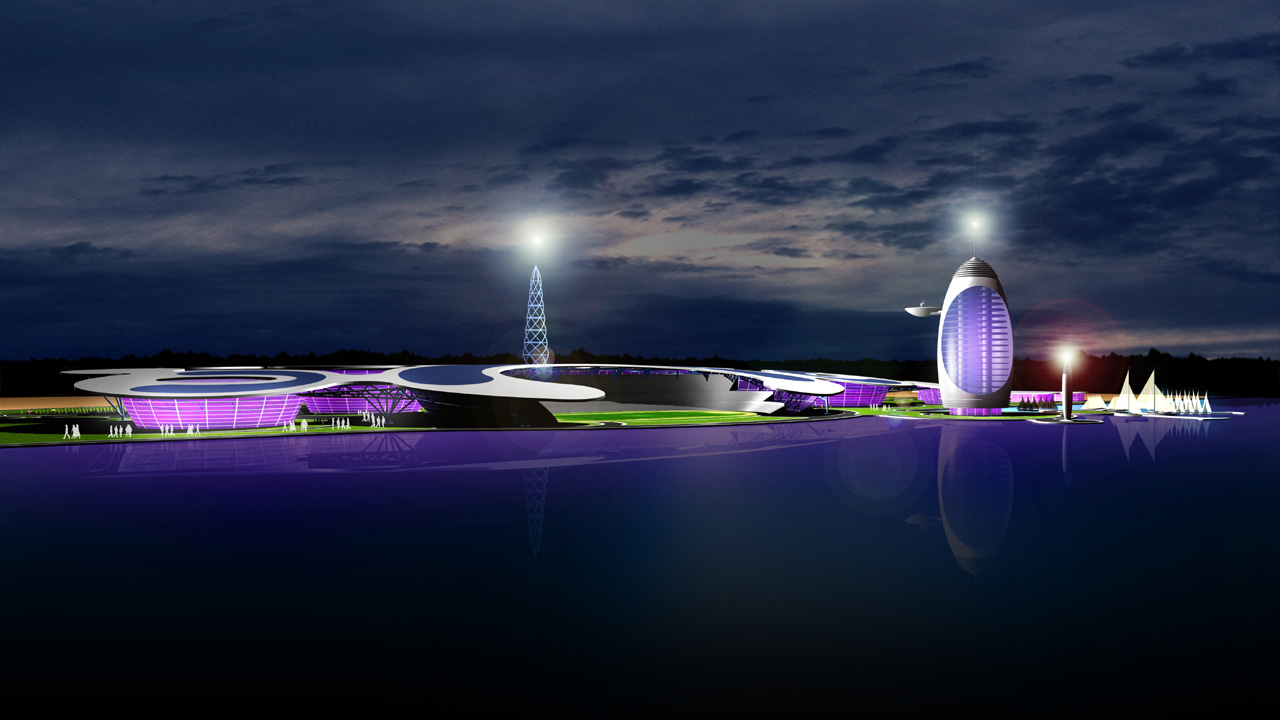 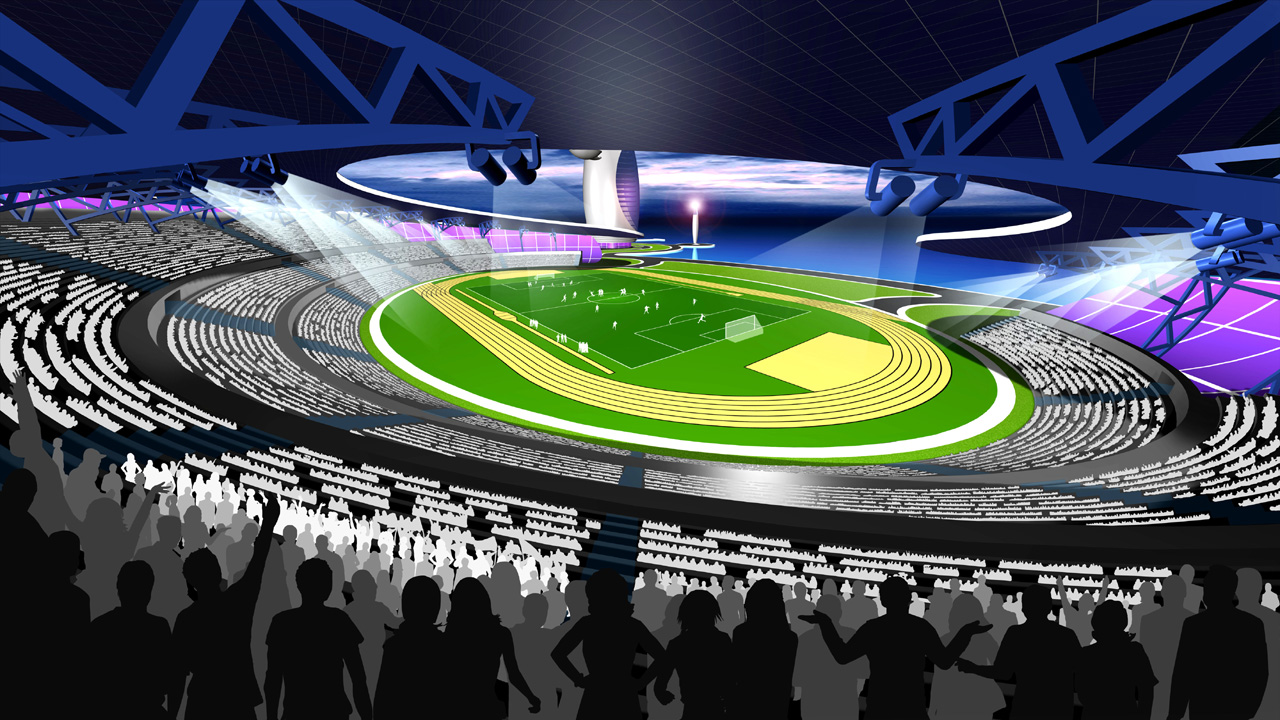 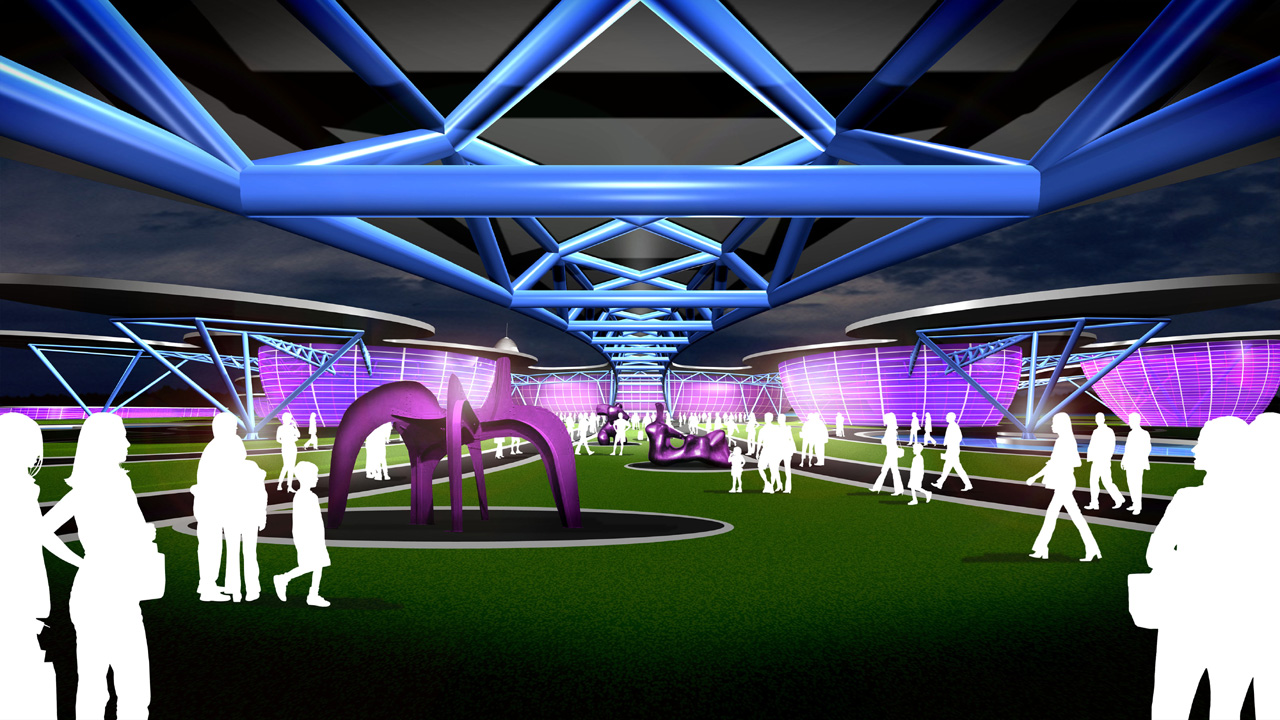 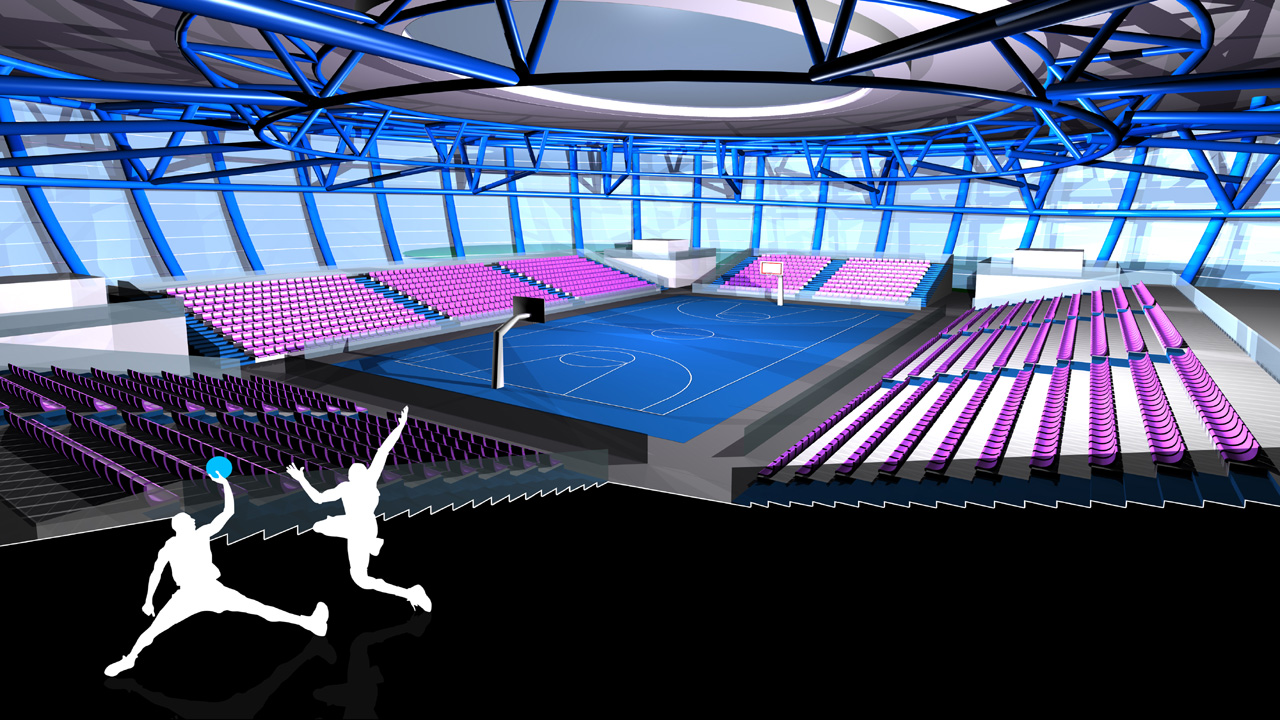 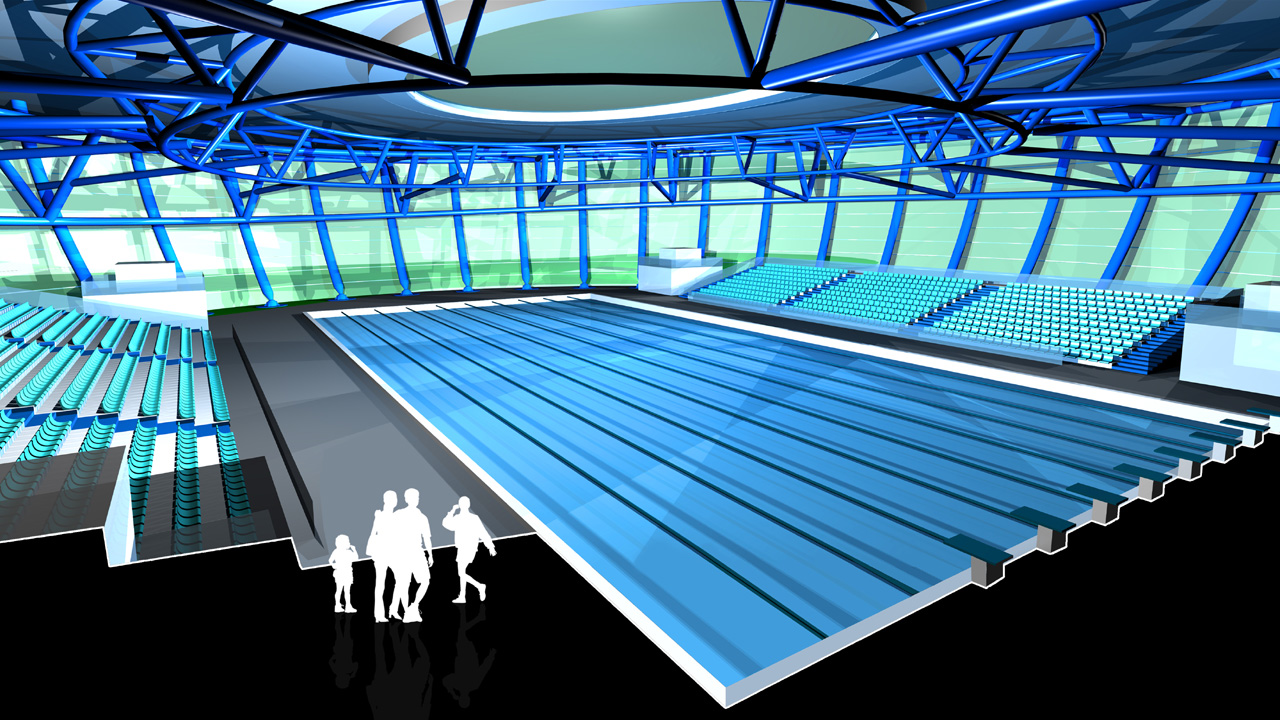 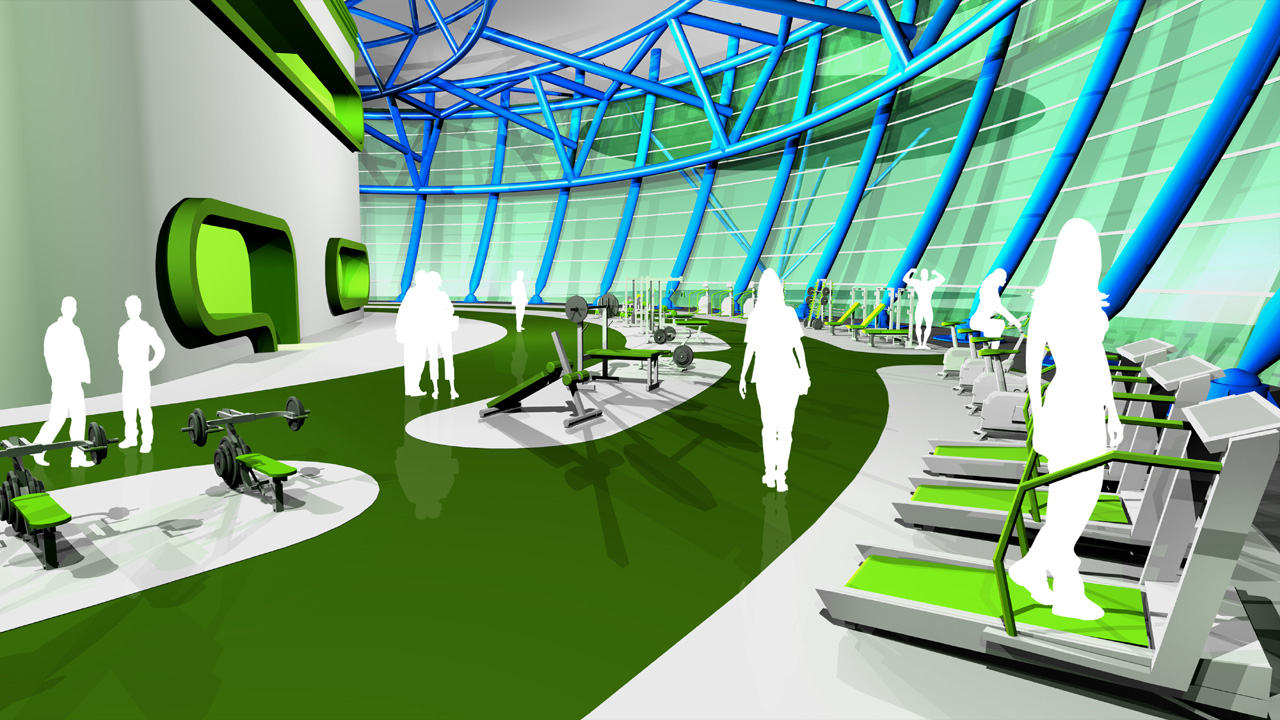 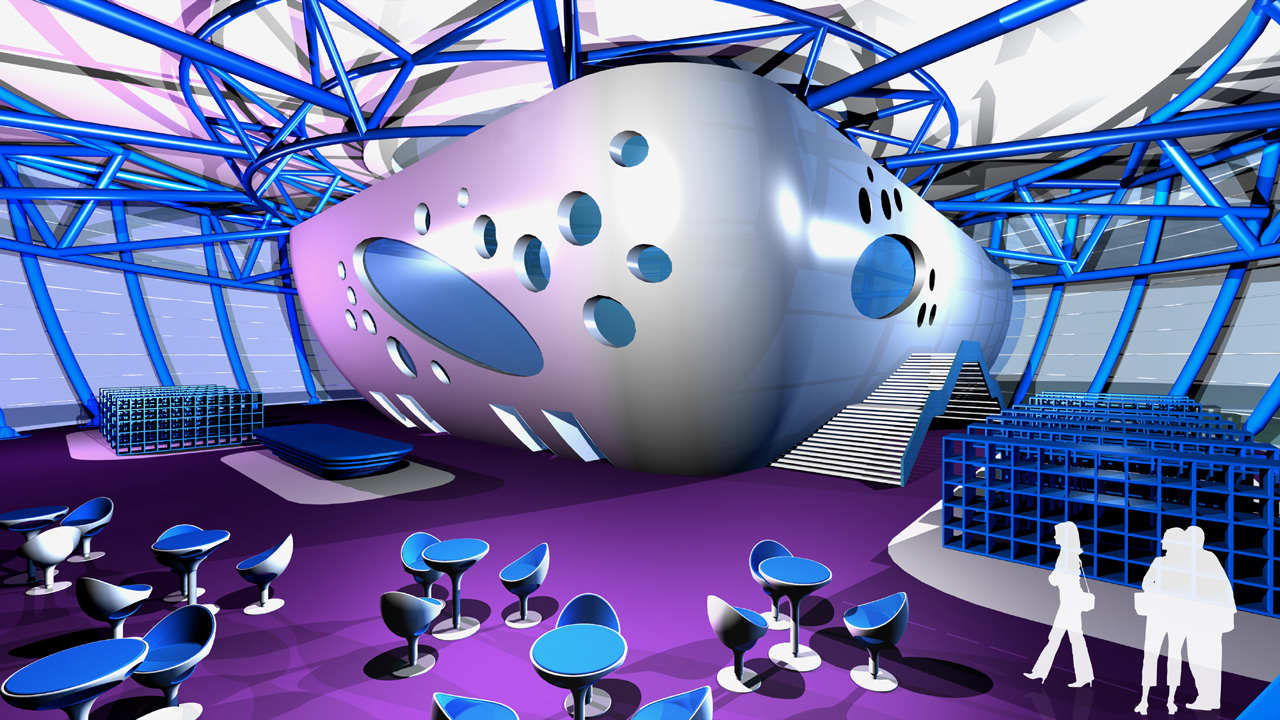 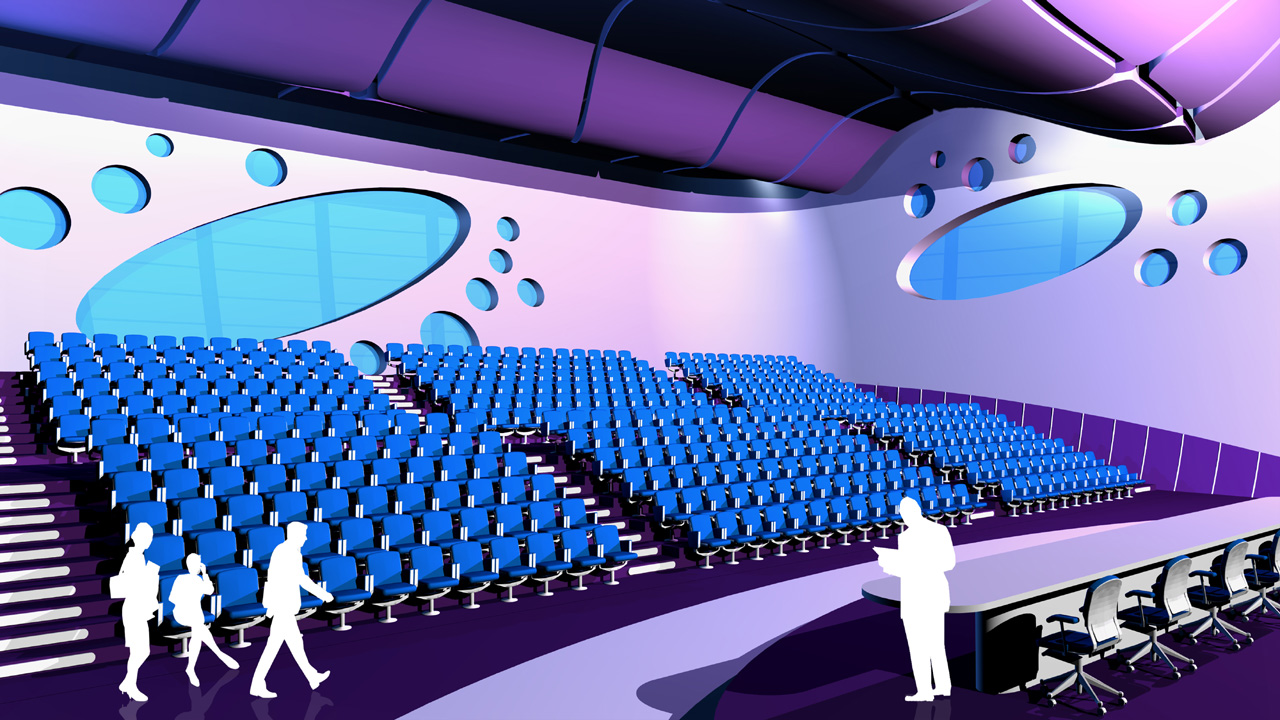 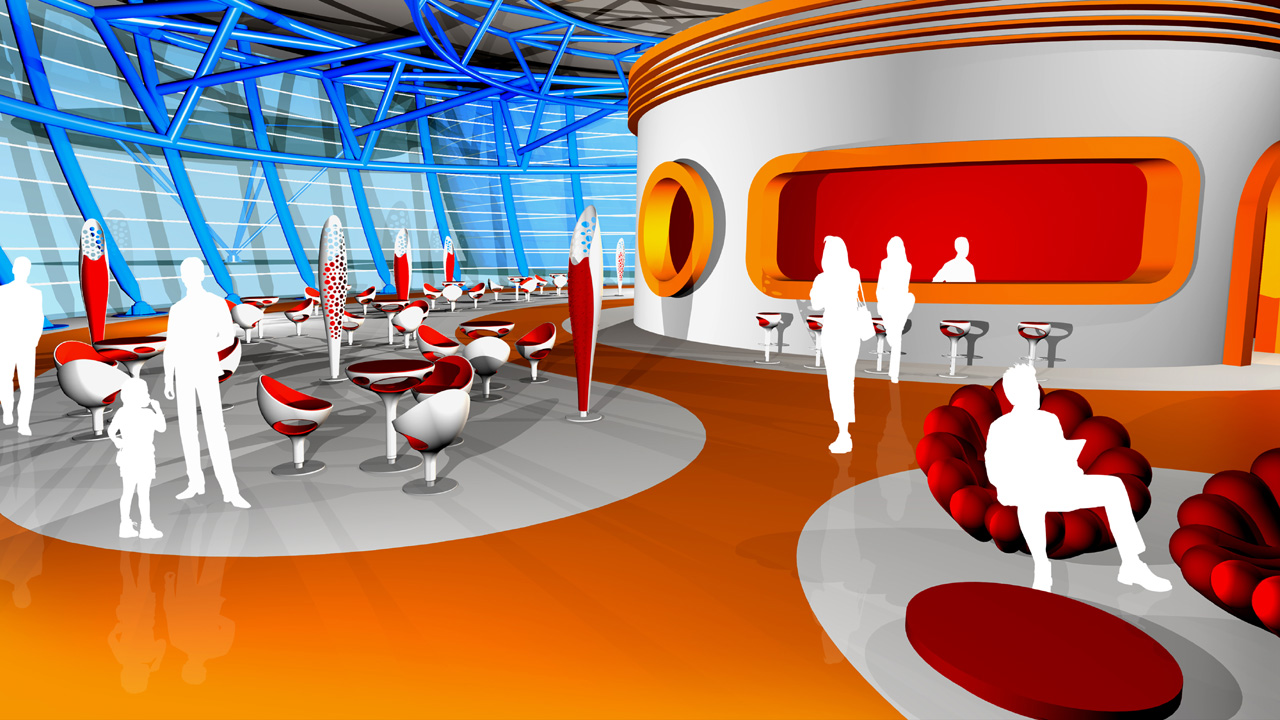 Like a colourful flower rising from the soil to bloom under the sun of desert, the Desert Flower an innovative project designed by architect Giancarlo Zema, opens its corolla to accommodate a solar-powered Polyfunctional Sporting Centre as an important hub for social interaction. Its pistil acts serves as a covered walkway to the main entrance accompanied by outdoor exhibition areas. From here, the main body develops, hosting the large stadium in its centre with 40,000 seats, soccer pitch and athletic track. The large semi-elliptical grandstand opens on one side to provide a unique view of the sea. All around, a succession of ring-shaped recreational spaces, foodservice areas and a large area dedicated to commercial services. Circular petals branch out from the basic configuration, enclosing sports areas with basket court, fitness area and covered swimming pool and a space entirely dedicated to an auditorium for concerts and conferences. Arranged around them, there are additional foodservice areas, coffee shops, green areas and pools of water, which branch out according to a logic of multiple modular aggregation. The satellite expanding over the sea accommodates a large, 100-metre-high tapered tower with luxury hotel and meeting rooms with a view of the gulf and, directly connected to it, a particular radial landing for mooring yachts. The large aluminium panel roof and integrated photovoltaic panels (40,000 sqm – 3.2 MW), which gives unity and form to the entire aggregation, is supported by a reticular spatial structure in steel, able to cover large spans and facilitate the easy integration of extensions at later times to increase the scale of the work while maintaining design identity. Each entirely glass-enclosed area below creates a variety of chromatic effects, thanks to the inclusion of RGB-variation lighting systems. The union of all the spaces gives form to a single large organic body, entirely visible from above, which exploits the ideal erosive effect of the wind from the sea to sculpt its shape in a curve that descends towards the coast, with great aesthetic effect and minimal environmental impact. Made entirely of recyclable materials, following the rules of green architecture, it exploits the fresh air from the sea to facilitate nature internal micro-ventilation, drastically reducing air-conditioning costs. All around, the Centre is sorrounded by a large green park with playgrounds, pools ,underground and outdoor car parks. The latter are equipped with organic photovoltaic systems able to generate the energy necessary for the night lighting of the whole park.